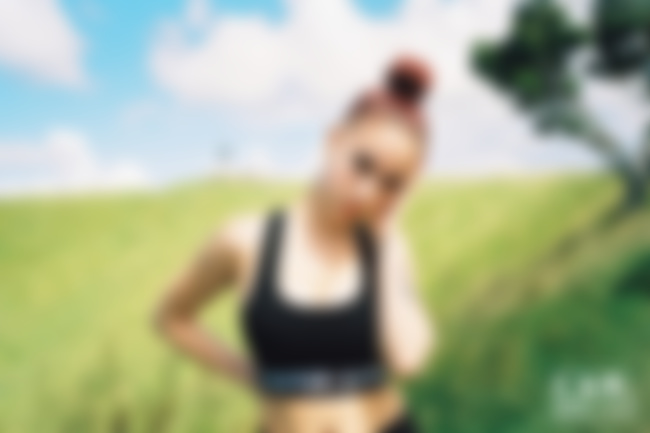 American rapper Bhad Bhabie - real name Danielle Bregoli - rose to fame following an appearance on the show ‘Dr Phil’ in 2016 where she erupted with the phrase “cash me outside, how ‘bout dat” - which quickly became a meme and lead to her becoming an internet sensation. Bregoli quickly used this fame to kickstart her music career, subsequently signing to a manager and coming out with her first single, ‘These Heaux’, which debuted at #77 on the Billboard Hot 100; the youngest artist to ever do so.

She has since released more music, and worked on collaborations with the likes of Lil Yachty, Ty Dolla $ign and Kodak Black, and began touring first America and then the world.

In early 2019 her reality show ‘Bringing Up Bhabie’ was aired - via Snapchat - detailing her daily life and music production.

Bhad Bhabie’s debut album is due to come out later this year, and we caught up with her while she toured New Zealand last year to talk all things music, collaboration, and her friendship with Billie Eilish…

...me being who I am, it’s hard enough as it is, so if I did get a hook written for me or something like that, the whole world would end. It would be like, ‘See, we told y’all she didn’t do it!’ So it’s important that I keep that whole thing going for myself. 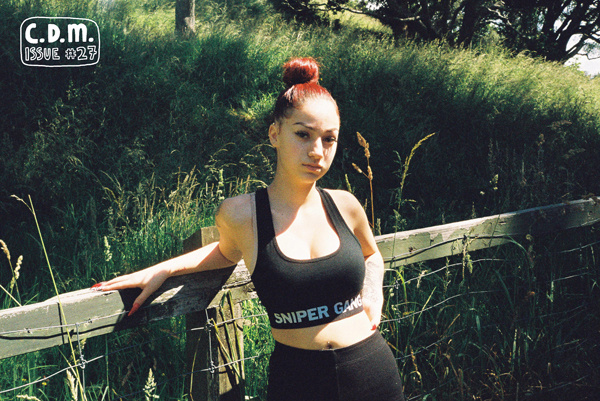 COUP DE MAIN: Are you looking forward to playing your first ever New Zealand show tonight?
BHAD BHABIE: Yes!
CDM: How have the Australian shows been?
BHAD BHABIE: The crowds have been super hype.

CDM: Your shows look really fun - was it important to you to make your live show super upbeat and fun?
BHAD BHABIE: Yeah, I didn’t want it to be just like, walking back and forth on stage - even though I do catch myself doing that sometimes and I’m like, ‘I need to step it up a little bit.’ So I have a movement coach, and I have my dancers, and I have my DJ. Us three, we kinda just all sat down and we’re like, ‘We need to have great talking and have stuff that like, we don’t want it to be a stand-up comedy show and music, but we want people to get a kick out of it and still have fun.’
CDM: But you have a slower, sad part of the show right?
BHAD BHABIE: Yeah - the only part of that is really ‘Trust Me’. 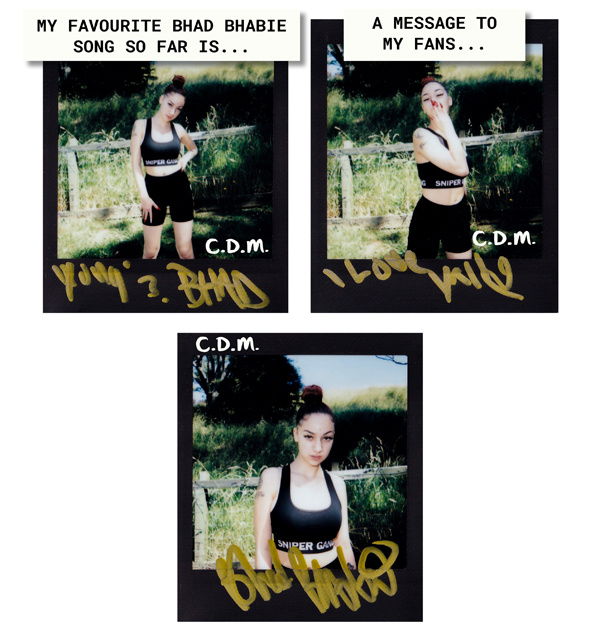 CDM: “You have to pack your shit and move into that world” - you said about the shift from being recognised on social media to having a career in the music industry. How have you found that shift?
BHAD BHABIE: I really don’t think about it, I just do it. ‘Cuz what I notice is if you sit back and start thinking about something, you get lost in it, and you just have to think like, ‘What the fuck is this?’
CDM: Do you find it’s better just to let stuff happen as it happens?
BHAD BHABIE: Yeah.

CDM: Why is it so important to you for Bhad Bhabie music to come from you, with you writing hooks and lyrics?
BHAD BHABIE: Because, me being who I am, it’s hard enough as it is, so if I did get a hook written for me or something like that, the whole world would end. It would be like, ‘See, we told y’all she didn’t do it!’ So it’s important that I keep that whole thing going for myself.

CDM: How does your writing process work? Is it all on the spot in the studio?
BHAD BHABIE: Well, it’s me, my notes and a beat - that’s it.
CDM: Do you always start with the beat?
BHAD BHABIE: It’s the beat first. 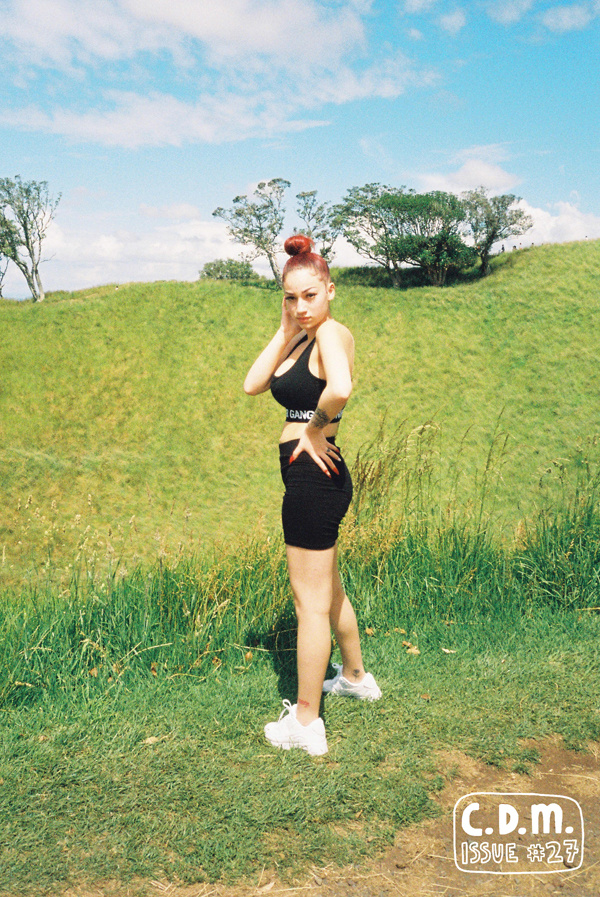 CDM: What can you tell me about the reality show you’ve been working on for Snapchat?
BHAD BHABIE: It’s just a day-in-the-life type of thing.
CDM: What’s the filming of that been like?
BHAD BHABIE: Sometimes it gets annoying, but I do like it! ‘Cuz like, I try to say stuff but then there’s a camera there. 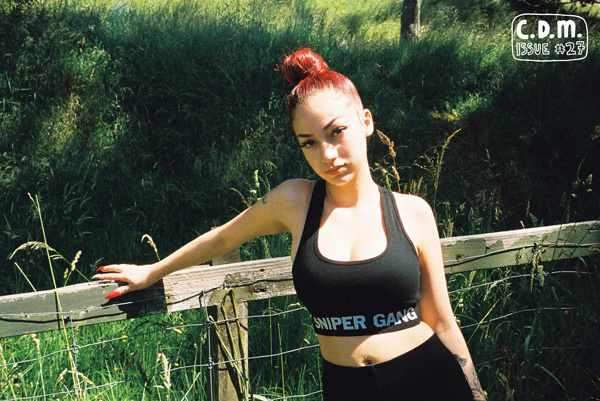 CDM: We know you’re friends with Billie Eilish, it was hilarious when you covered her in water during her set. How did you guys first meet and become friends?
BHAD BHABIE: Oh yeah, Lil Yachty bought me out for that - he has this part of his show where he gives everyone water bottles and they all have a water fight, so we bought it onto the stage too. Billie, actually, I don’t know if y’all noticed, but Billie got me first. She started it! But no-one sees that part, so everyone thinks I’m the bad guy. But Billie started it first and I was like, ‘Bitch, I’m about to get you.’ There’s actually a picture from after that where we’re both soaked.
CDM: Amazing, you guys both look like, ‘Oh yeah, we’re covered in water!’
BHAD BHABIE: She’s like, holding me by my chain! 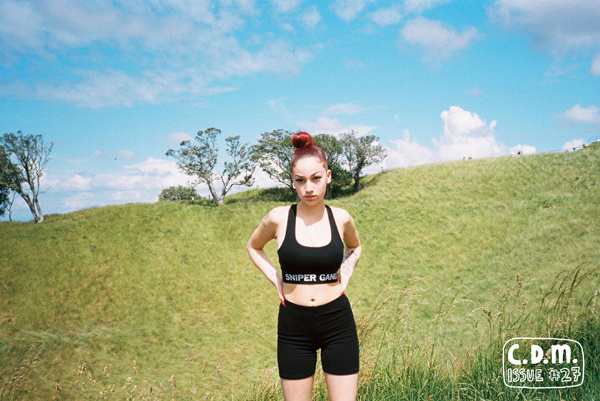 CDM: How did you first meet her and become friends?
BHAD BHABIE: I reached out to her on Instagram and I gave her my number, and at the time my number was being leaked, so I thought she was just some random person. She texted me and was like, 'Hey.' I think she just said, ‘Hey,’ and I was like, ‘I can’t deal with this,’ and I wanted to see who it was so I kept calling it and calling it and then I looked like a weirdo because it was her! And I was like, ‘Oh, fuck!’ So I kinda told her, ‘My bad, my number got leaked so I thought you were just a random person so I wanted to blow your phone up back.’ Then we hadn’t really talked that much, and she reached back out again, so me, her and my friends, Isaac, Eliza and Q, we all started hanging out together at my house all the time. So we just kinda like, became all friends.
CDM: It must be nice having someone in a similar space to you who’s also close to your age - you guys are kinda going through the same things.
BHAD BHABIE: Yeah, I would consider her one of the greatest friends I have in the whole music industry.

CDM Have you thought about collaborating on music with Billie? I feel like it’d be a cool combination of your sounds.
BHAD BHABIE: The thing is, her brand is scared of me! So like, I would love to, she knows I love her with all my heart, so it’s on her. I mean it’s not really on her, it’s more on her team, ‘cuz I know she would definitely love to, but it’s more her team. 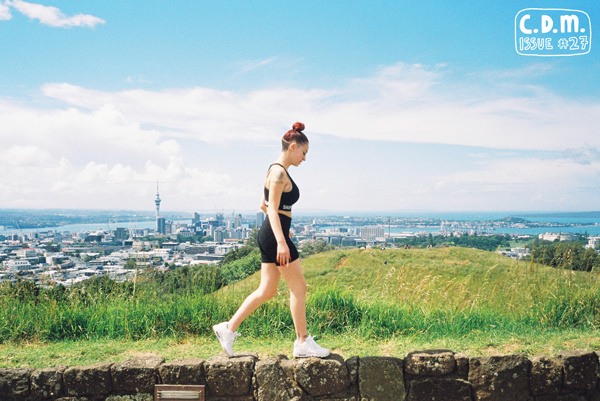 CDM: You’ve had so many cool collaborations - do you enjoy teaming up with other people in the hip-hop world to create music?
BHAD BHABIE: Yes, everyone I’ve worked with has been a pleasure. I’ve loved working with everyone.
CDM: What is it about collaboration that you enjoy?
BHAD BHABIE: Well, part of it is like, ‘This is how it is, this is how it’s supposed to be,’ but then at the same time, being put into the music industry the way I was, it’s kinda like, ‘I was just listening to this person’s album two years ago.' I never thought I’d meet them! And now I’m literally working with them!

CDM: You feature on Clean Bandit’s new song ‘Playboy Style’ with Charli XCX - how did that song come about?
BHAD BHABIE: Charli had reached out to me, she was like, ‘I have this song, and I know you love Playboy so here you go!’ <laughs> 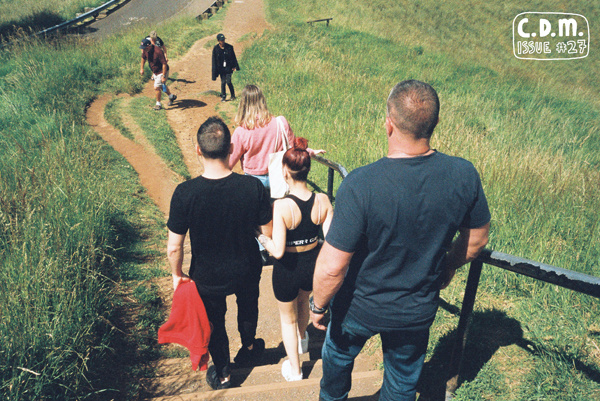 CDM: What for you is the most fun part about making music? What do you get the most satisfaction out of?
BHAD BHABIE: Hearing it when it’s done.

CDM: If B.H.A.D. B.H.A.B.I.E. were an acronym, what would each letter stand for?
BHAD BHABIE: Well, B.H.A.D. actually already has something! So it’s ‘Been Hated And Doubted'. 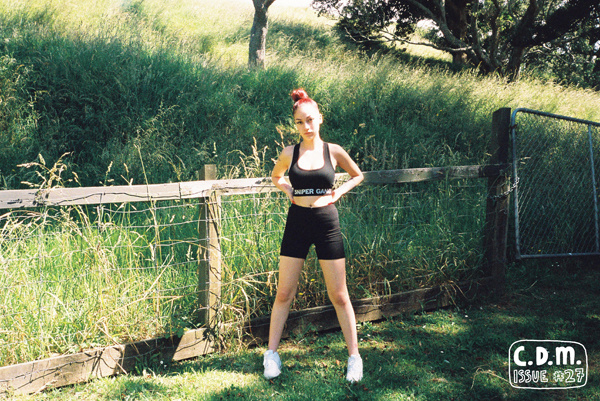 Bhad Bhabie’s latest single ‘Bestie’ is out now - watch the music video below...